Yes, I am great Outlander fan and am still working my way through Season 1 on the TV – not quite as I remember the books but I’ll forgive them. Interesting choice of actors for the leads – Caitriona Balfe and Sam Heughan  – clearly not going for well known though they use the more well-known in smaller parts. I am not really sure about all the muscles on Sam but that just emphasises what is expected of a time travel hero. He has in fact ousted David Tennant – who is perhaps more the thinking woman’s hero style? – as the top actor for women – the heartthrob of the moment. The good thing about these 2 actors is that Sam is genuinely Scottish and so the accent is good and also they actually use Scotland and Culloden Moor and so on for the settings. Expect to get a lot more tourists following their story from Inverness  to castles to moors..

So I bought a collection of books all about time travel and haven’t yet got further than the first book in the collection. That is because the first book lured me into buying 9 more! Yes 9 books in this series – about Wales in the medieval period and the book in the collection was a prequel. I was actually very glad that I came across the prequel first as it set the scene very well indeed.  Again, I am sure it will encourage tourists and vote this series as the next to be televised after Outlander – has a wonderful storyline that even brings in Arthurian legend so ideal TV fodder.

This series of books by Sarah Woodbury about Wales in the time of Edward I of England – 1239-1307, posits an alternative history. Remember that at this time the Barons were rather feisty and were forever in rebellion against their king(s) as they wanted more power over their lands, less taxes, and more land generally.  Wales at this time was not easy under an English king and there were 2 rebellions – 1276 and 1282. The second rebellion led to Wales being completely conquered by the English, the building of some very fancy castles and English people being settled into new towns and villages to ‘subdue’ any further ideas that Wales could be different. The Welsh language declined in use as a result and the English heir to the throne became the Prince of Wales and received the monies and land etc from this Principality which was then recognised as a separate entity with its own laws. 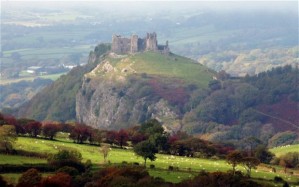 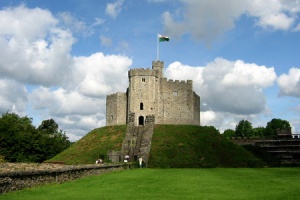 Many of the issues that bedevilled the English throne came from the Marcher  Lords – these were Anglo-Norman  nobles appointed to guard the Welsh borders with a strong sense of their own independence from the English Crown.  The Earls of Chester, Gloucester, Hereford, Pembroke and Shrewsbury were the Marcher lords. They were originally established as earldoms after the Norman Conquest with a great rights and privileges that other nobles did not possess. Marcher lords were tricksy – they often deceived and spoke carefully, letting few actually know their ral intent – Machiavelli would have approved. Their overall intent to increase their power – even down to trying to take the English (or Scottish) crown if they could. Alliances were fluid and each mman considered themselves first even before family. Counsins fought each other and brothers too, sons and fathers were often on different sides. Sometimes even the women joined in and raised armies – which of course, they then had to find a man to lead as there was very little real power for women at this time. The Marches – or borders of Wales were effectively a frontier country with violence an everyday occurrence – the Welsh, as with the Scots, did not want to be governed by the English and made their feelings known.

So these books imagine we are back in the time of Llywelyn ap Gruffiudd who was the prince of Gwynedd the major last remaining territory in Wales. A number of people appear to have a genetic predisposition to time travel   ie it runs in families, and travel to and fro the modern world, beginning with Meg, and the world of Llywelyn.   The prequel story stops just before the what-if history starts with Llywelyn about to have a change in his future which will impact the future of Wales and England and in due course, even Scotland.

The strength of these stories are three fold. 1. They are set in medieval romantic

Wales, with, as far as I can tell, accurate descriptions of life as it would have been there, and set in the wonderful countryside of Wales, damp and rainy notwithstanding; 2. Each chapter is told through the eyes of a different character, and as you progress through the books, each book relates the story of a different pair of characters and their interactions with the others; and finally 3. The historical events are real but set within the story and therefore with a twist. There were Welsh rebellions, but in our world they failed, in theirs they don’t; in our world the king was always Edward and he was asked to ‘interfere’ or intervene in the Scottish succession, in their world it was David but still the King of England who intervened.

Do I recommend them? Of course… after all I have spent a lot of money in buying all 9 books…

However, having looked at the abstracts from the author’s other books, I shall leave her other series for a while – after all I can’t afford to keep buying sets of 9 books every few weeks or days in this case!  I think I need to go back to the box set I originally bought and read some more of them!