Immerse yourself in the riveting world of vampires, shifters, mages, witches, ghosts, mediums, angels, and all things magic. A thrilling collection of the finest in urban fantasy. Sit back and binge on five full-length novels that will have you on the edge-of-your-seat. Romance, magic, mystery, and shocking twists that will leave you breathless. * * *

A 5 full length set of firsts in series. Some have been reviewed separately here on this site.

Spirits, Stilettos, and a Silver Bustier – Deanna Chase
Pyper Rayne–medium and coffee shop owner–seems to have attracted a ghost. But he’s not just any ghost. He’s a witch and able to appear in solid form…sometimes. If only he’d stop disappearing on her. And Pyper needs his help. When she becomes target numero uno and the prime suspect in the shop owner’s death, it appears her ghost holds the key to solving the murder. In between stolen kisses, Pyper will need to get to the bottom of all of his secrets if she wants to stay alive and out of jail…and maybe finally get that date he keeps promising her.

Not too long ago she was just a regular Southern Belle in love with her soldier, dreaming of a life full of babies and white picket fences.

Now she solves murders and drinks a little type-O on the side. No big deal, she’s certainly nothing special or amazing…right? Except every once in a while she senses something stirring inside of her. Something dark. Something ancient. And something very, very powerful. But for now it’s just easier to pretend she’s nothing more than a vampire with a badge and a gun who just so happens to have the hots for not one, but two different shifters one of whom is her step-brother.

Zoë Merrick knew nothing about immortals until she was brutally attacked by one and left for dead. When she awakens, a strange power is coursing through her veins. It’s not until a warrior named Justus De Gradi walks into her life that she discovers she’s a Mage–able to manipulate energy and use it as a weapon. Justus vows to serve as her protector and teacher, but she’s still struggling with letting go of her past. Will Zoë learn to accept her fate and trust those around her, or will she fall victim to the predators in the Breed world?

Grieving widow Clara O’Hare accepts an invitation to a séance in the remote country home of Lord Horace Oroberg. Joining her around the table are Oroberg’s cad of a son and his mousy fiancée; her overbearing mother; a renowned scientist; a lovely suffragette; and the dashing young medium, Wesley Lowenherz.  But before long, the group’s fascination with the spirit world calls up something sinister, and Clara and Wesley are pulled together to solve a murder most foul.

As a half-angel, half-human mage, Marion Garin is the most powerful witch in the world.  Or so she’s been told.

Unfortunately, she’s lost her memory, and now Marion doesn’t know much of anything. Casting magic? Forget about it. It’s not an accident, either. Someone powerful wanted to take Marion out of preternatural politics, and they succeeded.

She’s told that a man named Seth Wilder could help, but she’ll have to find him first. He’s been missing for years. Marion needs to track Seth down and fix her memory before her unknown enemy finishes the job…

Legends: Many variations of. Book Review.

Due to mature content, situations and language, this collection is recommended for audiences 18+. All works in this box set have been professionally proofed by Paper Gold Publishing, unless this service was expressly refused by the author. Some stories are written in American, some in Canadian, Australian, and some in British English. The authors have chosen to stay true to their heritage. This box set includes a mix of already released and totally new novels and novellas, all complete works. Those books which are part of a series can be enjoyed fully without the need to read the complete series (though there is a chance you might develop story-addiction issues—for that, we apologize). LEGENDS is a magnificent collection of award-winning science fiction and fantasy books, some light enough to make you smile, all deep enough to make you think, What if…? Every single compelling story was hand-picked for your enjoyment. 13 worlds to make your own, 13 thrilling adventures, 13 heroes to root for. The perfect companion for late nights on the sofa, the perfect gift to those who enjoy a good read.

25 bestselling authors. 24 exclusive novels. One epic collection.
Take flight with all new and exclusive stories that are out of this world, including full-length novels from some of today's most popular names in science fiction and fantasy! From magnificent dragons, bloodthirsty aliens, and mad genetic engineers to intergalactic wars, magical curses, and fantastical worlds, you'll find everything you've been waiting for in this heart-stopping, limited edition collection. With over 100 hours of reading, you'll be able to travel to faraway lands and distant planets. A safe return cannot be guaranteed.

Another selection of first novels in a series, in a wide variety of genres, for the reader to choose from. with lots of magic, shifters, and dark and evil deeds, heroes, heroines and monsters.

Epic fantasy at its finest! Satisfy your craving for adventure and magic with 5 novels written by USA Today and International best-selling authors. Mystery and intrigue, enchanted weapons and inhuman allies, magic and epic battles. Dive into these fantastic realms of dangerous creatures and rich characters and discover engrossing stories of friendship, adversity, and hope.

So a 5 box collection of stories, of which 2 I have already reviewed as separate stories. All are still available as single books in Kindle and the series continue. A nice set of starters. 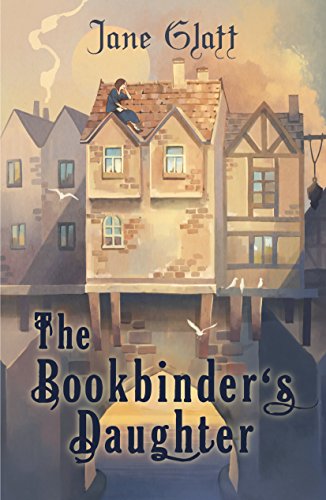 Whether it is the witching hour, dawn, day or dusk, you are sure to find a thrill with these supernatural tales of the paranormal. This collection of stories caters to every taste. From steamy to sizzling with witches, werewolves, leprechauns, dragons and even Greek gods, your pulse will pound and your heart will race. Proceed with caution when you read this compilation because what is read, can never be unread, especially not under the magic of moonlight.

21 books from a variety of authors – you’re bound to find one you like… every now and again, authors collaborate to put into a set some of their starter of a series books. This is one of them. Often only available for a short time as a set, but enough to allow you to try out new authors.